Experienced Tax and Cryptocurrency AttorneysContact Us NowFor a Consultation 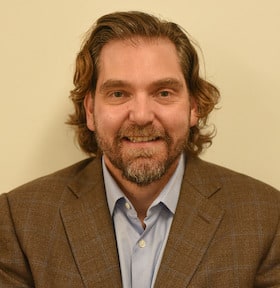 His experience includes four years of federal government court experience at the U.S. Tax Court and a U.S. District Court. That background blends substantive tax law knowledge with administrative and litigation experience. This unique combination differs from that of an accountant or a general practitioner attorney.

Kugelman Law was created as an alternative to overpriced law firms and disreputable tax resolution companies.

Alexander was motivated to start his firm while working at the U.S. Tax Court. He recognized that taxpayers often approached compliance and litigation with the IRS from the wrong perspective. Often, taxpayers would become positional and adversarial, rather than finding points to achieve compliance or resolution. Sadly, those taxpayers were encouraged by unscrupulous legal counsel seeking to leverage fear of IRS for unconscionable fees.

"I founded Kugelman Law to guide individuals and businesses through seemingly overwhelming tax and legal issues," Alexander said. "As a young attorney, I learned valuable lessons first hand as a clerk to U.S. District and U.S. Tax Court judges. No lesson was more important than that the quality of legal representation could be the most important factor in obtaining a positive outcome."

In other words, thorough and tactical representation usually obtained more favorable results than those without competent representation regardless of the law.

Alexander set out to start a new type of tax law firm for the ordinary taxpayer. A firm that prided itself on efficiency rather than billable hours. To that end, the firm has expanded its expertise and capacity by developing a team with diverse backgrounds and skills.

Alexander can help you with all of the following tax issues:

Kugelman Law strives to effectively and efficiently resolve each client's tax issue - no matter the size or complexity. To that end, the firm has developed working relationships with experienced outside accountants, CPAs and bookkeepers to complete the representation.

"In starting my own firm, my primary goal was to provide sound counsel to my clients in the purpose of resolving their issue," Alexander said. "I would greatly appreciate the opportunity to help you resolve the issue you are facing."

In addition to being licensed to practice law in California and before the IRS, Alexander is admitted to practice in the following jurisdictions:

Practice Areas
Client Reviews
★★★★★
Alexander helped me break down my tax situation and used his expertise to figure out the next actionable steps, make sure that all the bases were covered (that I wasn't aware even existed), and confirm that things were done correctly. If you are confused and stuck in a difficult tax situation, Alexander will guide you forward and help you confidently resolve the issue. Henry Wang
★★★★★
If you are having tax trouble, Alexander is the one to help you. He was very professional, personable, and easy to reach. His explanation of the entire process is helpful for easing the stress that is associated with tax trouble. We never felt intimidated or out of the loop while working with him. The process was handled to our liking and we are satisfied with the results. Even the after care has been phenomenal! Tony W.
★★★★★
If anyone out there is in need of stellar legal tax assistance, look no further and contact Alexander Kugelman. He helped me tremendously with my tax situation and is always there to help when needed. If I can give Alexander more stars, I would because 5 stars is not enough! Thank you for everything, Alex!!! Flo Lauzon
★★★★★
Alexander has been a life saver! I got dragged into some serious IRS issues with a complicated foreign assignment component, which included divorce. Alexander has been working with me to resolve directly with the IRS. Alexander is detail oriented, responsive and I trust him to guide me. I will be using Alexander for all tax related matters from now on! He is stuck with me forever. Eve T.
★★★★★
Alexander helped me understand the IRS audit process and prepared my response. There were certain records that I had lost, but he suggested alternatives that the IRS accepted. Even better, he showed up at the audit for me and I never actually had to talk with the IRS. I didn't have to pay any penalties. I'd definitely recommend hiring Alexander to deal with an IRS issue. L.R.
View More
Submit a Law Firm Client Review